PHOTO SHOWS: The whales sometimes toss the prey high into the air and seem to play with it. This might also be a way of getting the young used to sea lions. They can feed on them anyway only, if a second whale holds it from the other side.
©Reinhard Radke Nature Photography/Exclusivpeix Media 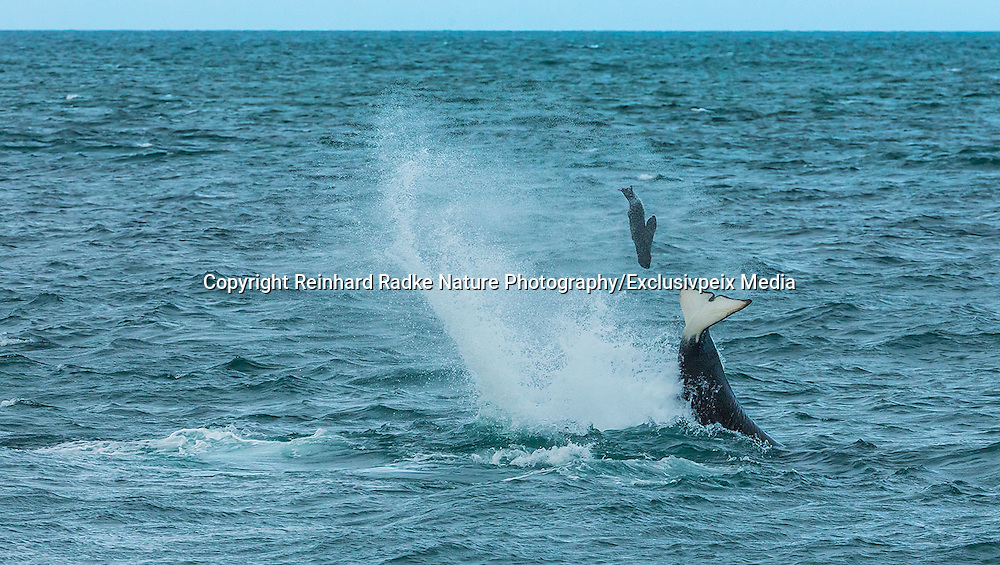