A solitary olive, a fast-food binge... and a birthday cake: The bizarre last meals of death row killers before they face execution

Even though they have been condemned to die for their crimes, the humanity of offering a death row prisoner a final meal fascinates like few other requests.
Inspired by the forgiving gesture, Julia Ziegler-Haynes, a Brooklyn-based artist, has exhaustively trawled through the public records of death row inmates and selected 24 last meals, painstakingly recreated them and then photographed them.
Produced for a book known as 'Today's Special', each one was cooked and prepared to the exact recorded likings and specifications of each prisoner, from a fast food blow-out to a single un-pitted black olive.
'Essentially, these prisoners had become guests in my home. And so, despite having been immersed in the hideous details of each crime, I repeatedly found myself feeling empathetic towards them. Especially those whose requests were so meager,' states Ziegler-Haynes.

For example, one photograph depicts a black un-pitted olive, another, a single cup of coffee.
Having been planning her photographic project for the past decade, the sculptor and printmaker shot her meals from the vantage point of the diner.
This placed the viewer in the place of the condemned man and to help them think about what could possibly have been going through their mind as they ate their meal.
Her visual aesthetic is inspired by Christian Boltanskiʼs Compositions décoratives (1976), and significantly influenced by the food styling from that era with its faded backdrops and unappetizing simplicity – likened to food images from the windows of cheap restaurants.
Envisioning how each meal would appear served in the prisons, Ziegler-Haynes then juxtaposed her versions against vibrant backgrounds to liven what she assumed to be the opposite of their actual presentation.
'I imagine, for instance, they serve frozen hamburger patties on commercially made buns,' she states 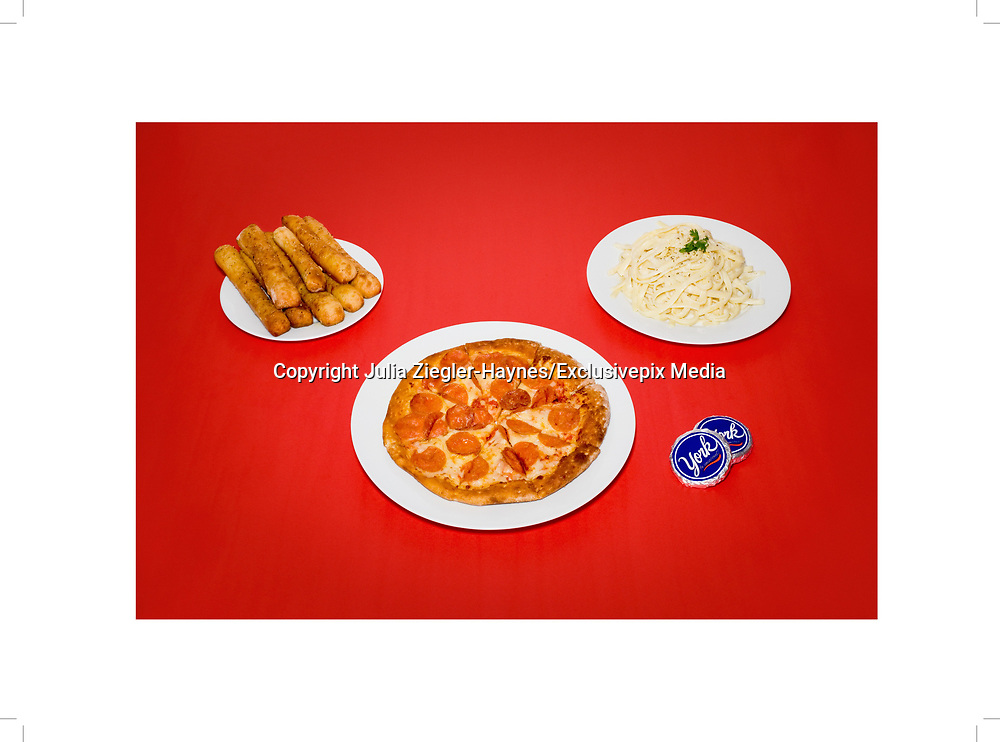