PHOTO SHOWS: Successful attack into a group of three pubs. Two escape, one is taken. One can see a small calve at the side of the attacking female. The young is taken into these assaults to learn as early as possible, how to behave in the shallows and loose the fear of coming close to the beach. However, the mother carefully keeps the young always on the deep side. Successful whales bring the prey into deeper water, where the whole pod shares the spoil.
©Reinhard Radke Nature Photography/Exclusivpeix Media 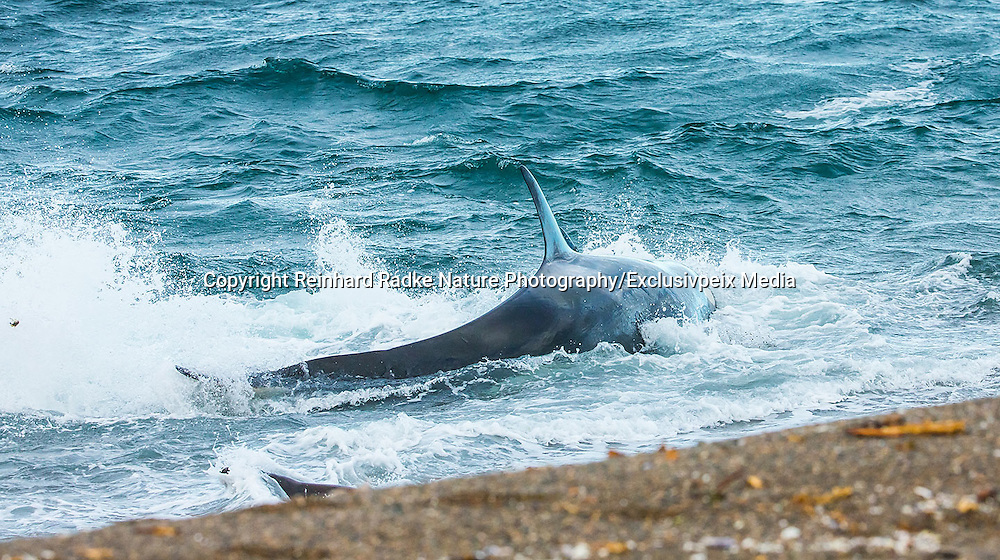