After the end of the war in 1945, Ambassador Joseph Kennedy arranged for his 28-year-old son, Jack, to work for Hearst newspapers. This allowed the young veteran to attend the opening session of the United Nations in San Francisco in May and then travel abroad to cover post-war Europe during the Summer of 1945.

JFK followed Prime Minister Churchill throughout England during his reelection campaign. He traveled to Ireland, France, then to the Potsdam Conference in Germany with Navy Secretary James Forrestal. He even viewed the charred remains of Hitler’s bombed out bunker in Berlin and observed the Fuhrer’s famed Berchtesgaden ‘Eagle’s Nest.’

John F. Kennedy recorded his historic trip in a 61-page diary, documenting his personal observations of what he saw firsthand and perceptions of what would happen in the post-war world. This incredible manuscript reveals his insightful views and predictions of the world around him at an early age—a man who would, sixteen years later, become America’s 35th President.

Comprised of 61 loose-leaf pages, 12 handwritten and 49 typed, the diary is housed in a quality Trussell cowhide leather binder. 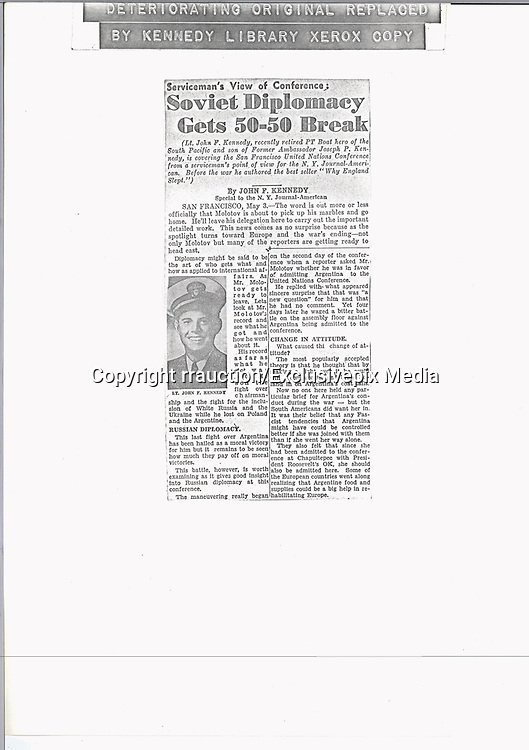