Exclusive
First Super Bus Received in Dubai for Traveling from Dubai to Abu Dhabi    -  Speed 250 Km/hr!!
No use putting your hand out to stop this bus… it travels at 155 miles (250 km) an hour!
The Superbus won’t be dodging among the snail’s-pace buses on traffic-clogged British streets, of course.
Developed in Holland , it is more likely to carry its first passengers in the Middle East .
There, the 75-mile (120km) commute between neighbouring Abu Dhabi and Dubai will be slashed to 30 minutes if the luxurious Superbus is put into service.
The midnight-blue, electric-powered vehicle is the work of an astronaut and a former Formula One aerodynamics expert.
Made of lightweight materials including aluminium, carbon fibre, fibreglass and polycarbonate, it is 49ft long (15 metres), 8ft wide (2.5 metres) and 5ft 5inches high (1.65 metres).
Its 23 passengers, who enjoy standards of comfort equal to those experienced in a luxury limousine or private jet, enter and exit through eight gullwing-style doors on each side.
The vehicle has been developed at the Delft University of Technology in Holland under the direction of Professor Wubbo Ockels, who in 1985 became the first Dutch citizen in space when he blasted off on board the space shuttle Challenger.
The £7million project was backed by the Dutch government, the American chemicals company Dow and the Saudi conglomerate Sabic.
The first commercial interest has come from the United Arab Emirates , to which the Superbus was flown in a jumbo transport aircraft.
There, around Abu Dhabi airport, it was tested on ordinary roads for the first time, its batteries fired up by solar power.
The plan is for the Superbus to travel on normal roads and normal speeds as it picks up passengers in either Abu Dhabi or Dubai .
But when it leaves the city, it would switch to a dedicated concrete track running parallel to the existing motorway – accelerating to a cruising speed of over150 mph..
As it approaches its destination, it woul 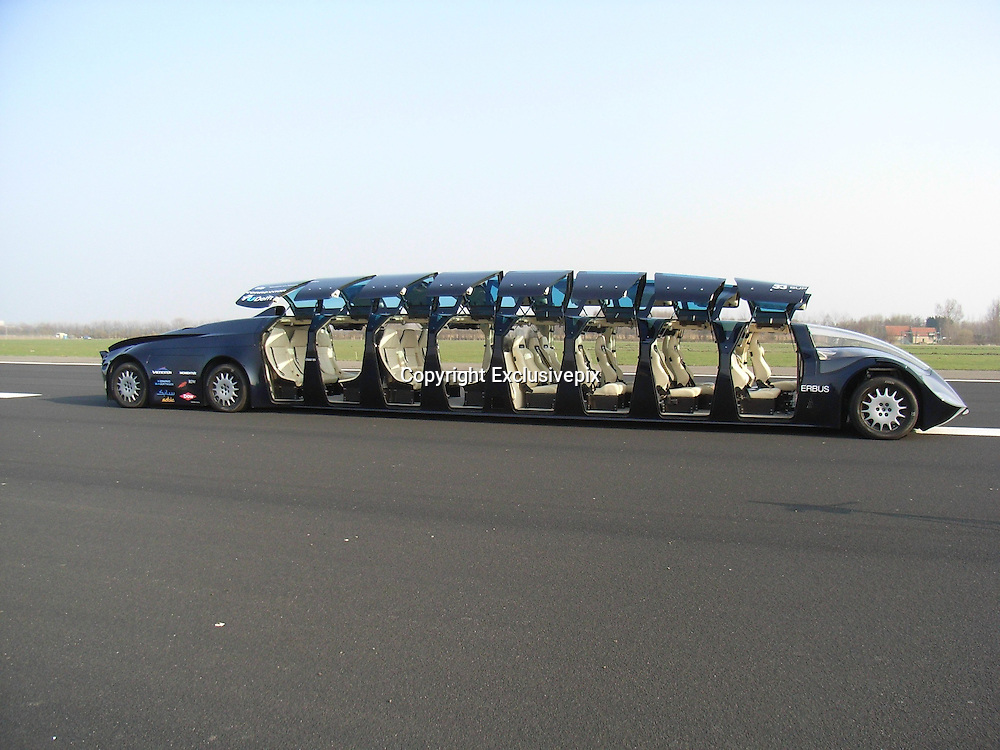