Photo shows: The 'Miracle Pine' statue towers over the leveled Rikuzentakata. The statue is an exact replica of the only surviving pine tree of the tsunami of 2011 from the tens of thousands at the former scenic Takata-Matsubara forest. Today, it serves as a memorial for the area that was devastated by the tsunami.
©Earnie Grafton/E 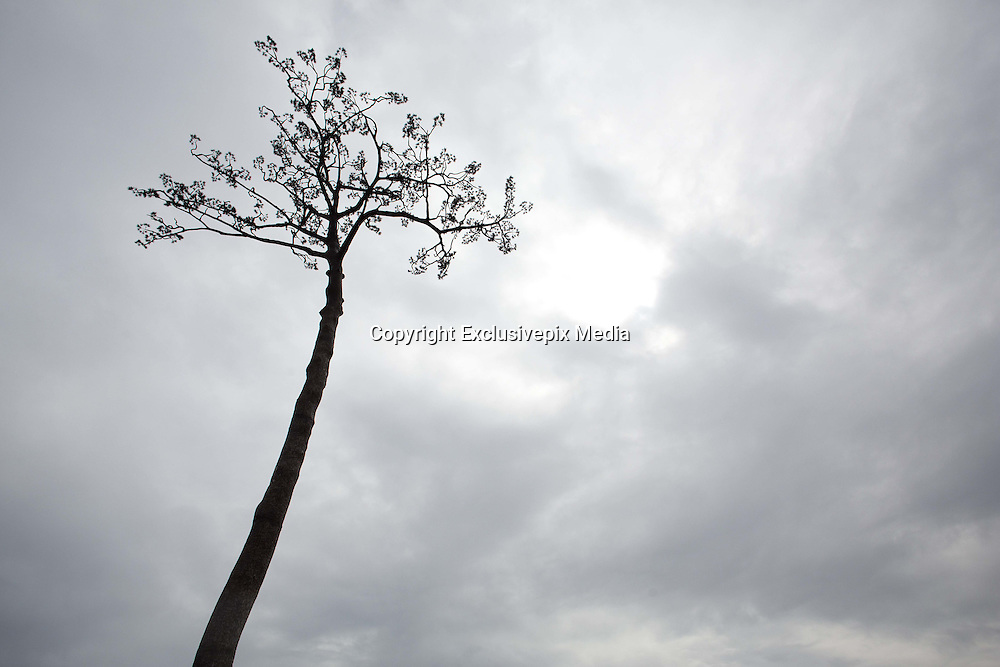