Photo shows: Nitu, 24, lives in Agra and works at Sheroes Hangout. She was attacked with acid by her father when she was very young, as her mother gave him daughters, though he wanted to have sons.
©Pascal Mannaerts/Exclusivepix Media 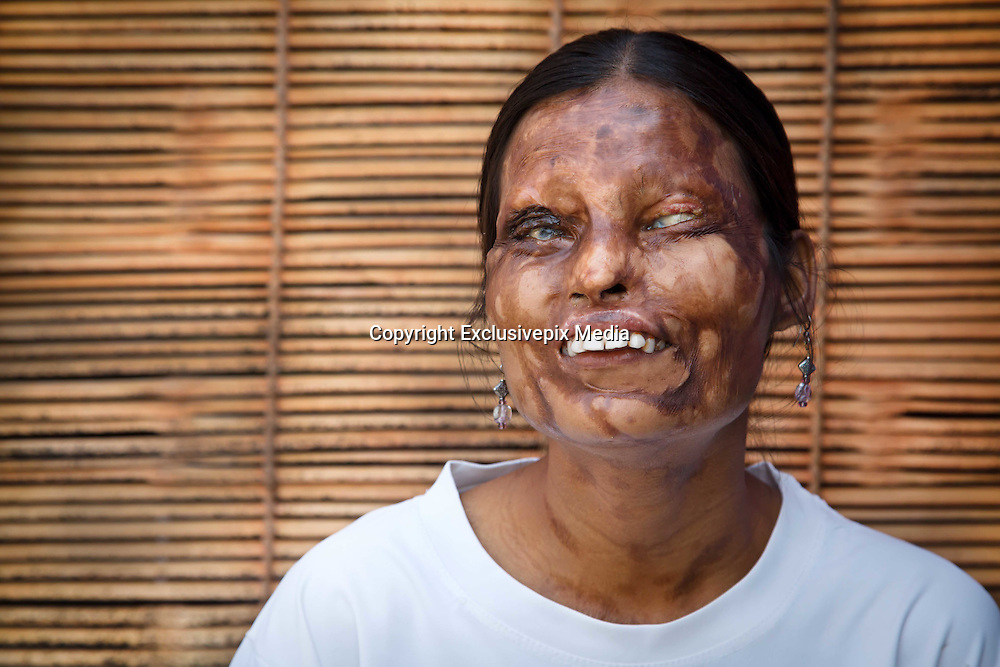