During one of the days in 1979-80, when the erection of Ventilation Stack VT-2 common for the third and fourth (not existed at that time) Chernobyl NPP Units was coming to the end, Aleksandr Shubovskiy, who was working within a combined installation crew in a company named “Spetsenergomontazh”, arranged with the colleagues a small photo session on his own,They had their pictures taken.

The author processed the film and put it on a wardrobe without printing until he had time to print the images. The moment to print the film somehow did not happen, while in February 1986 Aleksandr hit the road for a on a different site in Yakutia. And there he was caught by news about the accident at Chernobyl.

A year later, when a Aleksandr managed to get into his looted flat in the evacuated Pripyat, he discovered an untouched package with films. He brought them home and… forgot for almost 40 years…the printed photographs which no one and never have seen before until now
©Aleksandr Shubovskiy/Exclusivepix Media 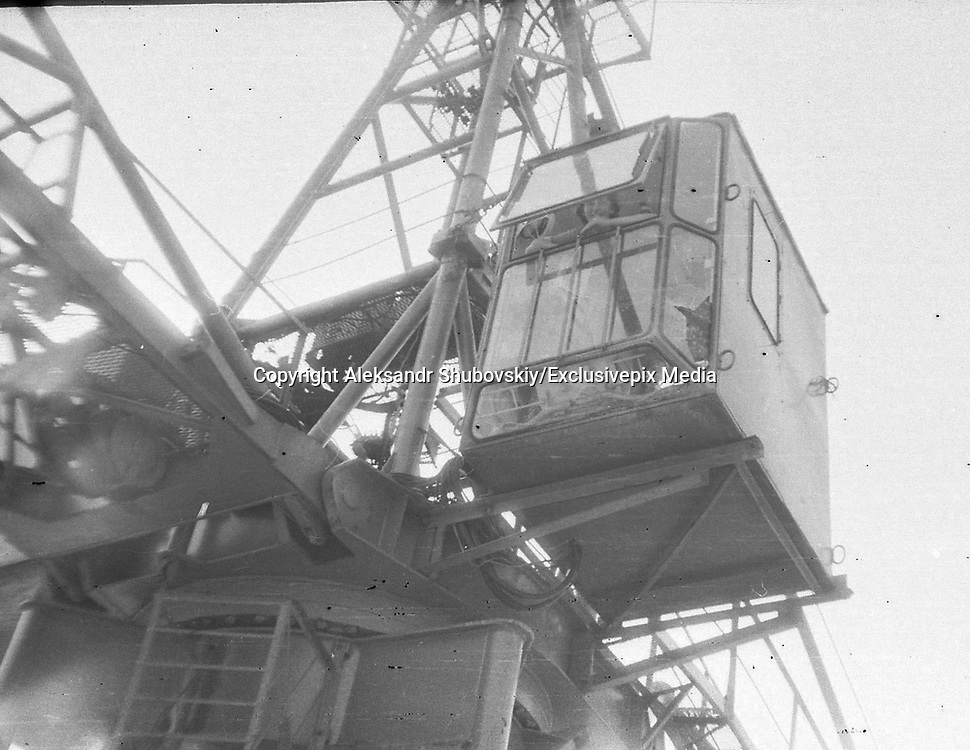