Simba the lion made confident strides into the African bush a mere 20 hours after the start of an epic journey that took him from his Belgian home to the Lilongwe Wildlife Centre in Malawi, under the care of the international wildlife charity, the Born Free Foundation and Belgium’s Natuurhulpcentrum (Wildlife Rescue Centre).

This event marked the final, welcome chapter in the story of a lion that had originated in France where, as a small cub, he was moved from one animal trainer to another and subjected to a life of misery and solitude in the confines of a beast wagon.

One of the founders of the Born Free Foundation, Bafta award-winning actress Virginia McKenna OBE, was part of the assembled team onsite to witness the moving release of Simba, all of whom had worked tirelessly to offer him the chance of a new life in Africa.

Virginia said, “As we mark our 30th anniversary we have a very special and happy story to tell. Much welcomed, as the plight of wild animals – in the wild and in captivity – seems particularly depressing and dark at the moment. Apart from the worn patch of grass in his tiny ‘exercise area’ at the French trainer’s premises, 9 year old Simba had never walked on earth. Never heard the sounds of the natural world. Lions are ‘kings of the jungle’ we are told. Simba certainly looks a king with his great mane and though his home is not a jungle, it is a natural, beautiful environment which he can explore at his leisure. No wild creatures should be confined in cages or behind bars, and it is always very poignant when we can offer, even one, a new and happy life.”

The journey began at 8am last Thursday at the Natuurhulpcentrum near Genk, where the assembled relocation team, headed up by senior wildlife vet Stef Michels and Born Free’s big cat expert Tony Wiles made the final preparations. It was the 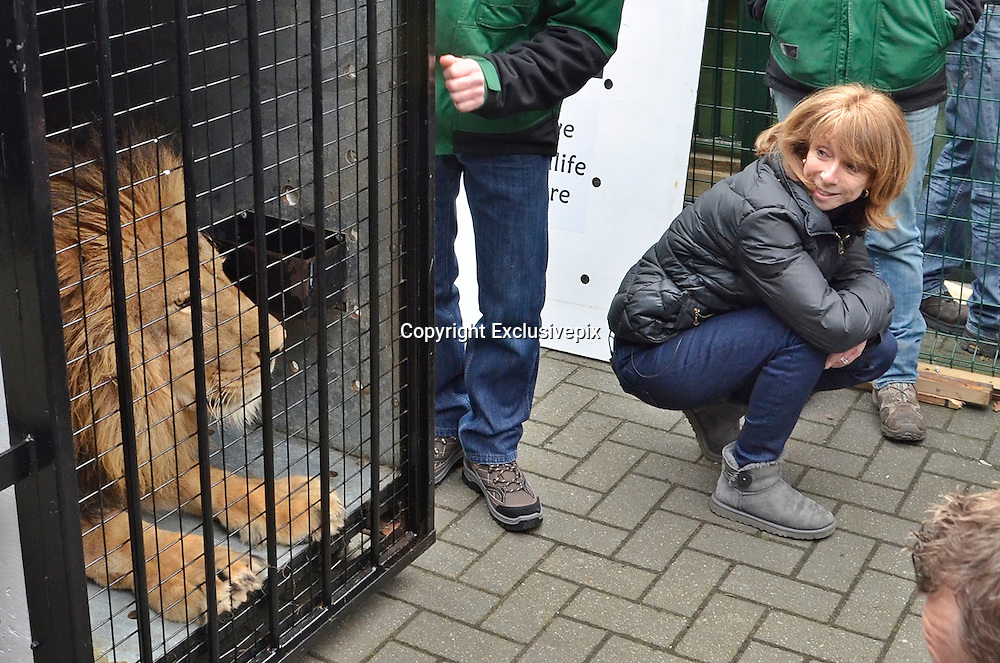