For more than 30 years, Ponso the chimp has been living on a deserted island off the Ivory Coast. He has no source of food or water, and his companions all died years ago.

But thanks to one man, he's alive.

For several years, a villager named Germain, despite his limited income, has stopped by to drop off food for the lonely chimp. While the diet of bread and bananas isn't enough for the roughly 40-year-old chimp to thrive, it's kept him alive — and it's clear he shows his gratitude.

Ponso's sad plight is nothing compared to his sad past. For years, he was used in painful tests by the New York Blood Center (NYBC), which conducted hepatitis research using scores of chimps, many of whom were captured from the wild.

While trapped in the labs, the chimps faced dozens of biopsies and anesthetizations apiece. One lost her eye when researchers shot her in the face with a dart; another had only one arm after he was hit with a bullet meant for his mother — poachers killed her so he could be kidnapped for the lab.

Mothers lost baby after baby; other chimps strangled themselves at the research center, where for many years they lived chained by their necks to jungle gyms.

Yet when the tests were over, NYBC decided to abandon the chimps, dumping them on a string of islands near Liberia like the one Ponso lives on. They had no source of food or fresh water, and many died soon after from disease and starvation.

Ponso himself was one of 20 chimps abandoned in 1983, but, in the words of one aid group, the island soon became a "veritable massacre." Within months, half of the mistreated animals were dead or missing.

The nine survivors were relocated. A short time after, five more of them were dead.

Ponso was the sole survivor, along with his mate and their two children. But the rest of his little family died within days of each other in 2013. Germain, the villager who had been feeding them, reported that Ponso helped 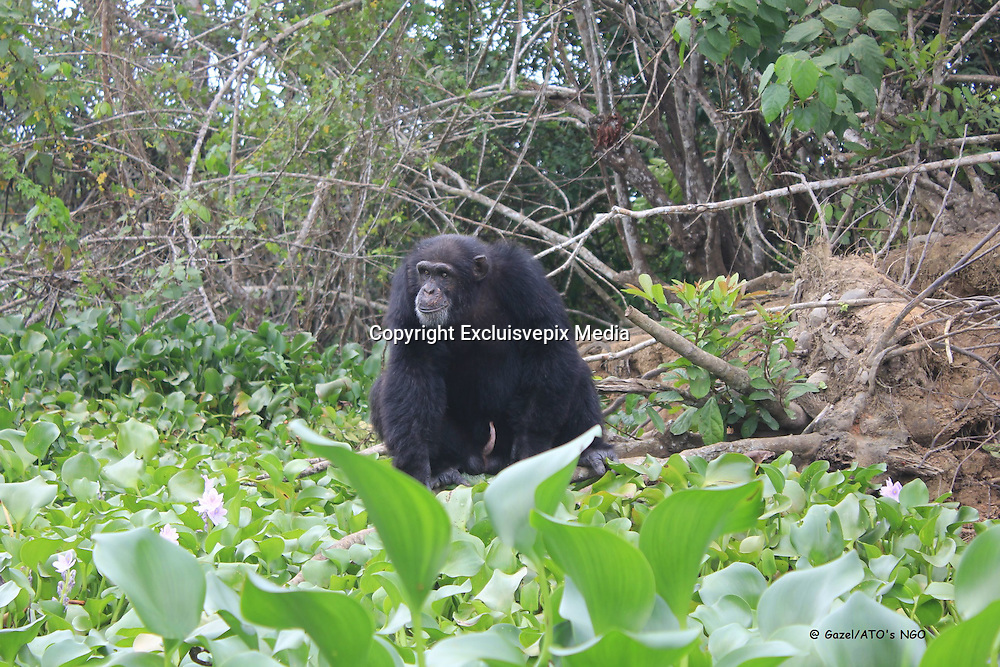