A baby monkey heads out to explore the jungle - but is yanked back by its protective mother. 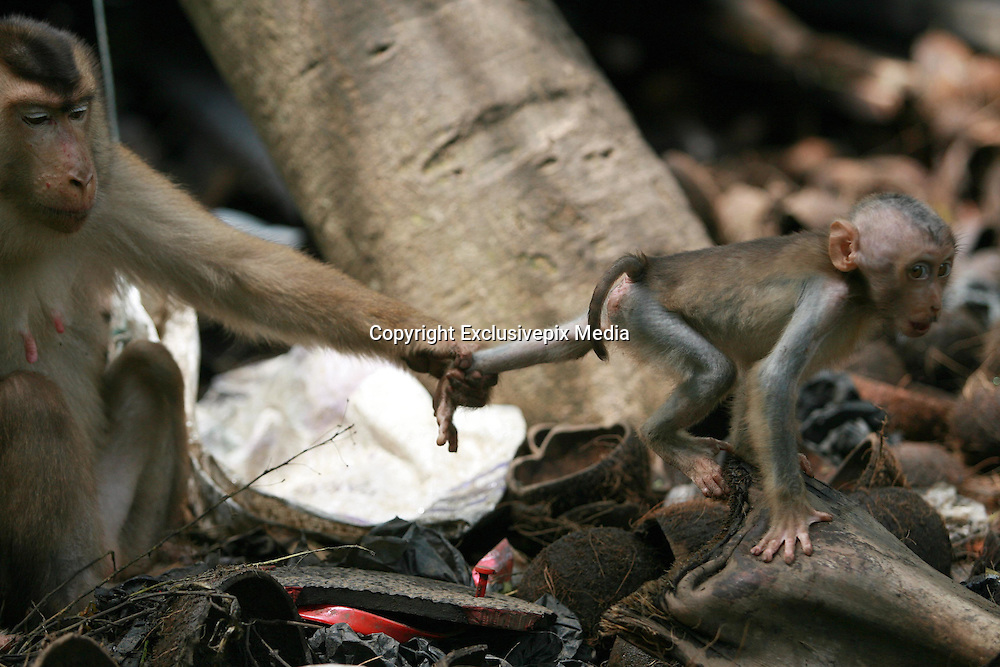