BOSTON, MA. — RR Auction will feature the Titanic’s original building plans that include hand-drawn notations, used during the official British enquiry into the most devastating maritime tragedy in history in its upcoming Titanic themed auction, later this month.

The original cross-section and building plans for the RMS Titanic, drawn to a scale of 1/32 inches to one foot, and rubber stamped by Harland and Wolff, with a handwritten date within the stamp of May 1, 1912. The plans would be used during British enquiry to demonstrate to the world what had happened on the fateful evening, just before midnight on April 14, 1912— when the largest passenger ship ever assembled struck an iceberg.

The most remarkable features of this plan are the two crucial hand-drawn elements; a hand-drawn gash in the side of the ship at Boiler #6, where the iceberg hit and extensions drawn over the watertight bulkheads were not built high enough for such an occurrence.

The building plan clearly shows why the "unsinkable" ship would succumb to a direct hit that night in the ice fields of the North Atlantic—the location of the strike allowed water to enter the ship right at the point at which she could no longer stay afloat.

The official enquiry by the British Wreck Commissioner into the sinking of the Titanic was convened in London on May 2, 1912, and presided over by High Court Judge Lord Mersey. Spanning over two months, Mersey, lawyers, experts in shipbuilding and marine law questioned and listened to testimony from over 100 witnesses. Concluding on July 3, 1912, the final report was issued on July 30, stating that the sinking was the result of the ship’s collision with the iceberg, and not due to any design flaws with the 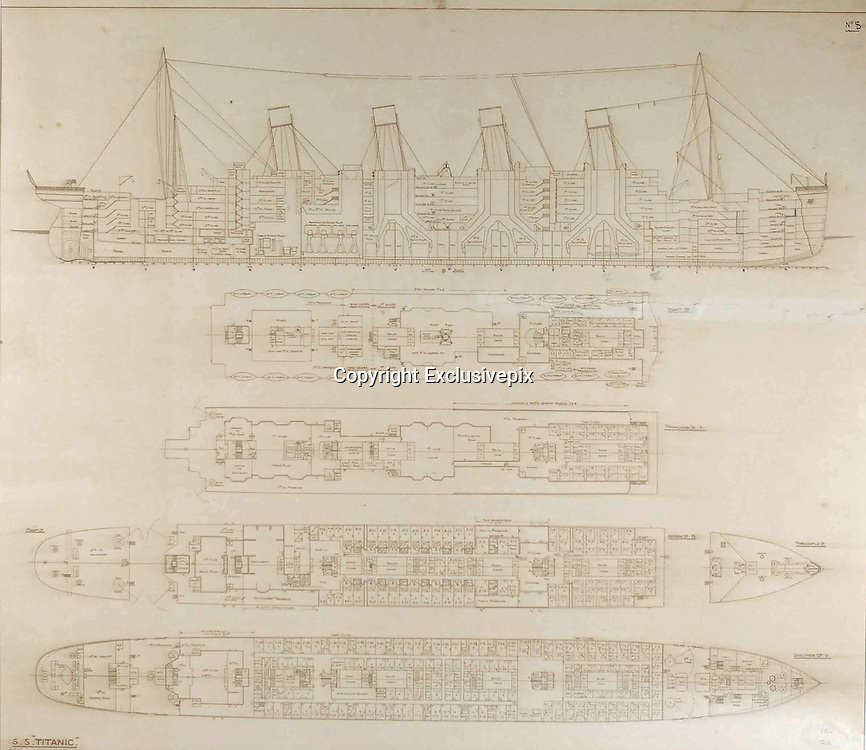