Brown Bears in the Valley of Geysers

Exclusive
Brown Bears in the Valley of Geysers

Every year people burn their feet in the Valley of Geysers and caldera of Uzon volcano. They do not pay attention to the warnings.  But what about bears? They cannot read the instructions and wooden decks are built not for them. And they do not wear shoes..
For millions of years of evolution animals have learnt to use heat for their own good. Some birds make their nests on the warm ground, the volcanic soil works like an incubator. Nestlings grow faster and begin flying earlier, they have more chances for survival.

Bears are also smart enough to use the heat of the volcano for their own good. They like to eat the first grass appearing on the warm soil. On some days 20 or 30 bears can accumulate at one place of the valley. It’s unique even for Kamchatka.

They like to warm up here in bad weather. April, May and even beginning of June are quite cold in the region. On such days bears lie on the warm volcanic ground. They even have their favourite places on the slopes.

Experienced animals move along the valley quite confidently. At the hottest places they step on the wooden decks made for tourists. They also step on large stones sticking out of the hot water.
Though young bears have to study first to avoid troubles.

Photographer Igor Shpilenok who captured these stunning images..
"When I first came to Kamchatka, I knew I wanted to do something different.  I had seen a lot of photos of bears with salmon from Alaska and Kamchatka.  I decided that my mission was to take a photo of a bear with a waterfall in the background. I got that shot my first day on Kamchatka in the Valley of the Geysers, so I had to think of something else.  From then on, I took photos of bears with geysers, volcanoes, and other thermal ecosystems.  Kamchatka is a unique and wild place, unlike any other, and a place I know will always draw me back.  The first time I went there in 2005 was for three weeks, and nine years later, I still findin 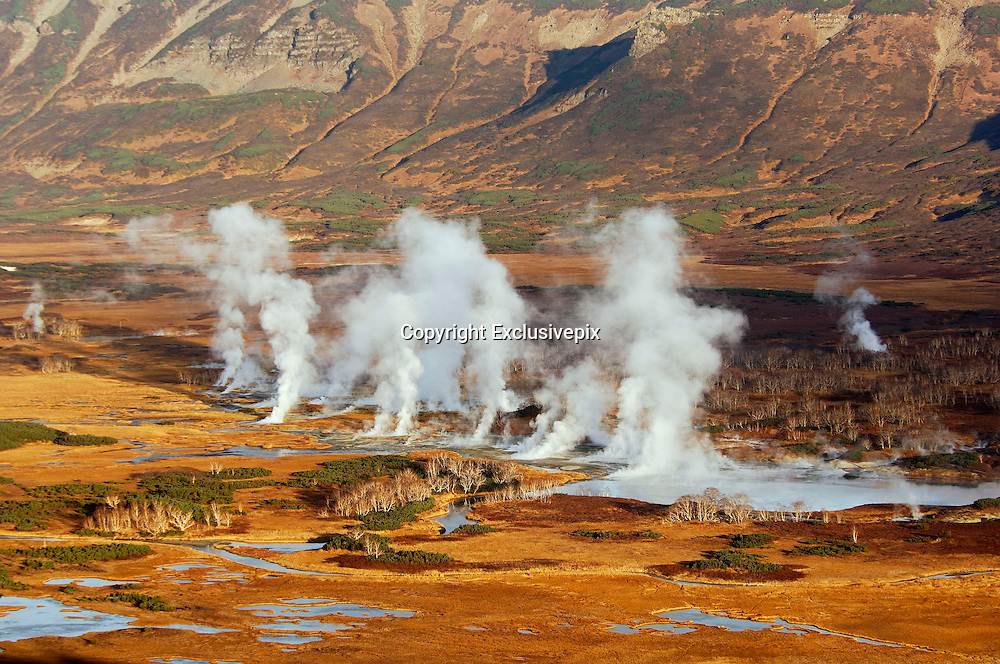