Now where did I park my 60 cars? Incredible treasure trove of rusting classics worth £12MILLION is found languishing in a French farm garage after 50 years

Now where did I park my 60 cars? Incredible treasure trove of rusting classics worth £12MILLION is found languishing in a French farm garage after 50 years

A 12million euros treasure trove of 60 rusting classic cars left languishing on a French farm for 50 years has gone up for auction. The haul of motors, which includes dozens of vintage sports cars, was found gathering dust under piles of newspapers in garages and barns on a farm in western France. Among the vehicles up for sale are a Ferrari once sat in by Jane Fonda and a Talbot-Lago previously owned by extravagant Egyptian King Farouk


The cars were collected from the 1950s to the 1970s by entrepreneur Roger Baillon, who dreamt of restoring them to their former glory and displaying them in a museum.
However, his plans were dashed as his business struggled, forcing Mr Baillon to sell about 50 of the vehicles.
Since then his collection has sat dormant in makeshift corrugated iron shelters and outbuildings on the farm.
Mr Baillon died about 10 years ago and his son, Jacques, who inherited the collection, died last year.
Mr Baillon's grandchildren had no idea of the extent of the collection, calling in car specialists Matthieu Lamoure and Pierre Novikoff of auctioneers Artcurial Motorcars to estimate its value.

They found a 1956 Maserati A6G Gran Sports with coachwork by prominent designer Frua, one of just three in the world, which is estimated to sell for just under £1million.
But the auctioneers' greatest discovery was that of a 1961 Ferrari 250GT SWB California Spider with covered headlights, which was hidden beneath piles of newspapers.
The car was previously owned by French actors Gerard Blain and Alain Delon, who was photographed in it with Jane Fonda and Shirley MacLaine, and is expected to attract attention from Ferrari collectors with an estimate of £9.5million.
Only 36 of the particular model of Ferrari were ever made, including the one in the barn and another bought by Chris Evans i 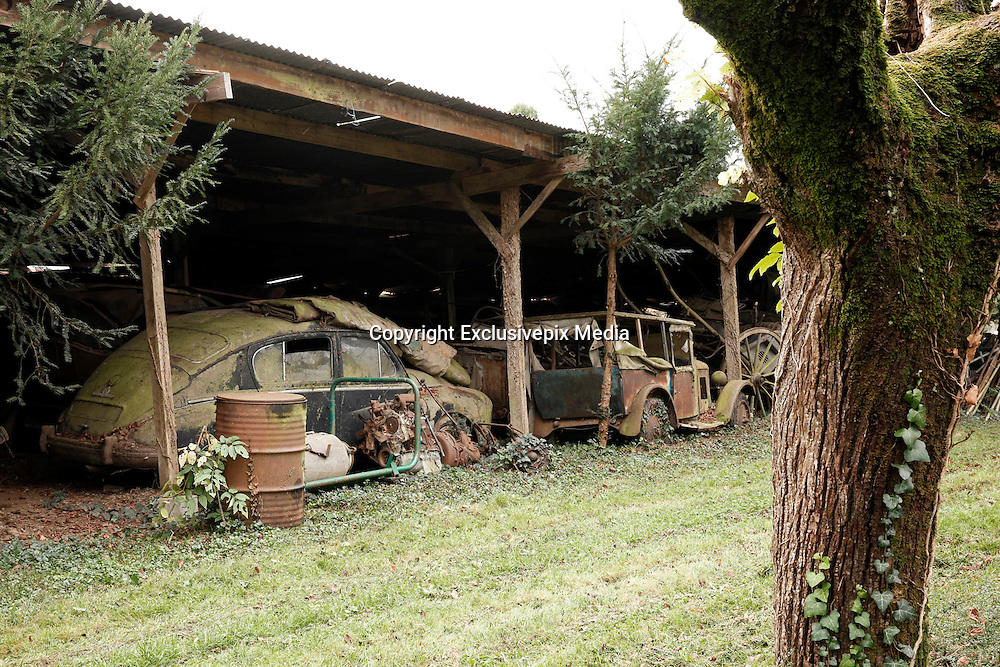