Hair to the throne! Gorgeous Prince Jacques shows he shares his mother’s hairstyle as Princess Charlene of Monaco proudly shows him off at the family’s annual picnic

She usually has all eyes on her with her glamorous style, but it was Princess Charlene of Monaco's son Jacques who stole the show at a popular annual picnic event.
The young prince, who turns two in December, showed that he clearly took after his mother with his blonde locks.
Charlene, 38, wore a stylish embroidered cream maxi-dress for the occasion, teamed with a pair of black court shoes.

She completed the sophisticated look with a dash of red lipstick and a pair of pearl earrings.
Meanwhile her son, who is the heir apparent to the throne, wore a red polo shirt and white trousers for the picnic

The popular event, which is known as 'Monaco’s picnic’ is held every year in Le Parc Princesse Antoinette.
Jacques was born in December 2014, two minutes after his twin sister Princess Gabriella.
©Exclusivepix Media 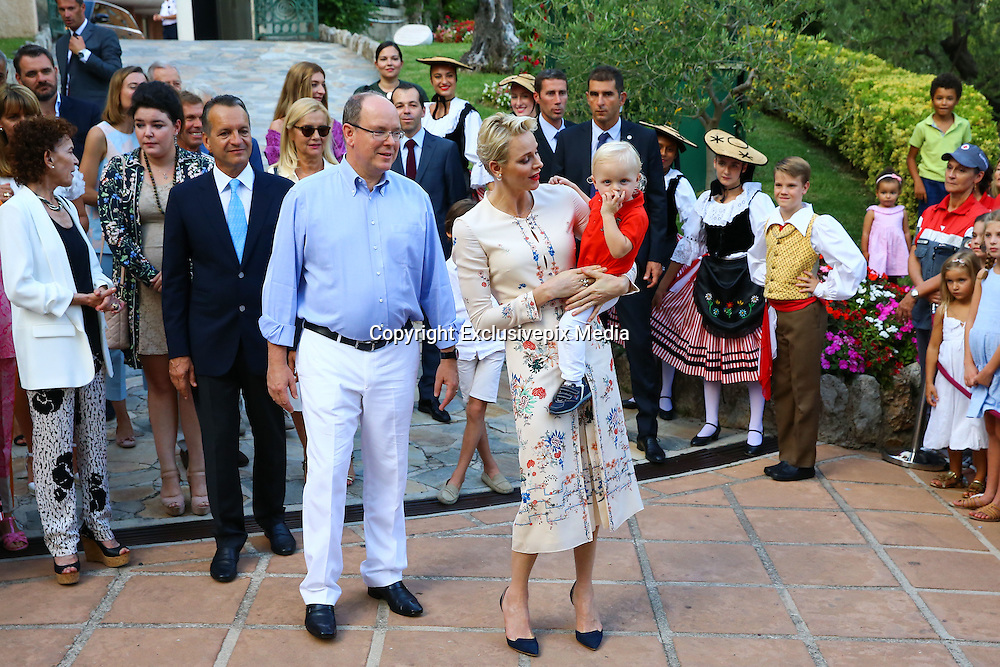