A neglected mausoleum whose inhabitants had been left to rot has finally opened its doors - and what lies beneath is as creepy as expected.

These pictures were taken inside Memorial Mound, Kentucky, an underground burial site opened by a former gravedigger who was fascinated with the after life.

It was created by Clyde Booth and opened in 1992 but in 2000, went out of business and was closed to relatives of the dead buried inside.

This left the corpses unkempt until they were reportedly discovered rotting in bags inside disintegrating caskets when local authorities reopened the site in 2014. The site is now listed for sale - not including the corpses that currently occupy the space.

As can be seen in these pictures, 14 years of neglect has left the skeletons dirty and brown in colour as the bones seem to have been thrown into the blue plastic bags.

Coffins were left to decompose and were placed in unusual structures metres above the ground.

Floors, walls and curtains within the viewing sections were dirty and ripped where they would once be pristine for visiting relatives. And the warehouse in which the bodies were prepared had materials and chemicals such as kerosene strewn across the floor.

Booth originally opened the site because he was sick of seeing unkempt graves left to become ruins.

His idea was drawn from ancient Indian burial traditions, but updated with modern technology to include video information on those inside.

The facility’s foundation was dug 8ft below ground level with a large interior room serving as a chapel. Relatives could not enter the warehouse-like room that housed the caskets, but could place items and floors on an interior marble wall. Booth placed the caskets on racks in the wings up to 10ft high - the more expensive ones being on the lower racks, because prices were based on worker’s accessibility. 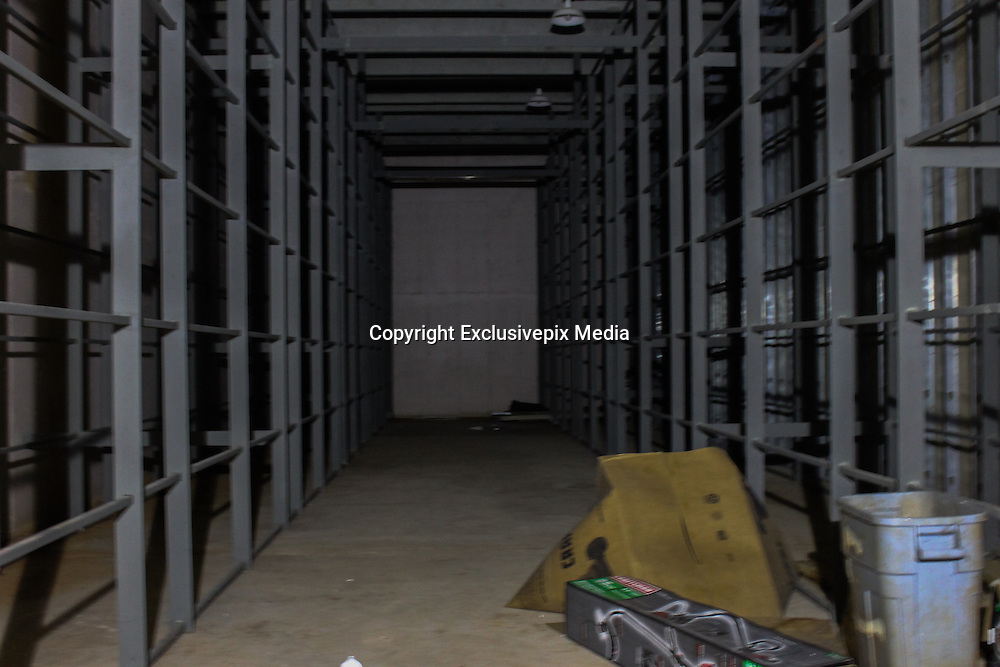