Charity Hospital was founded in 1736, a public hospital built to care for the poor residents in the area.
By the 20th century, the city of New Orleans was rapidly expanding, and the demand for indigent medical services again exceeded Charity Hospital capacity. The current hospital building was completed and opened in 1939, and was the second largest hospital in the United States at the time. Serving one of the largest populations of uninsured citizens, Charity Hospital boasted the #2 Level I Trauma Center in the nation, with the #1 rank belonging to Cook County Hospital in Chicago, Illinois.
In 2005, Hurricane Katrina made landfall in Louisiana and initially, didn’t cause much damage to the city of New Orleans. On August 29, flood walls and levees catastrophically failed, many were broken well below their thresholds. Mayor Nagin described the loss of life as "significant" with reports of bodies floating on the water throughout the city, though primarily in the eastern portions.
Charity Hospital suffered severe flood damage during the storm. Bodies from the basement morgue floated down the halls, and doctors ordered to have them stacked in the stairwells.
The flood water trapped everyone inside, including patients and staff, for days without power and limited food, water, and medical supplies. Some patients were left to have to hand pump oxygen themselves. At one point, the most critical patients were paddled across the flood streets to a nearby parking deck where they were then carried up 7 flights of stairs to the top, where rescue helicopters were waiting. Many patients died there on the parking deck awaiting rescue. It wasn’t until nearly a week later that the last person was rescued from Charity Hospital.
After the storm, there was a large push to reopen the hospital. The National Guard and US Army Corps of Engineers decontaminated and cleaned the bottom floors of the hospital, pumping out the water from the basement, and bring b 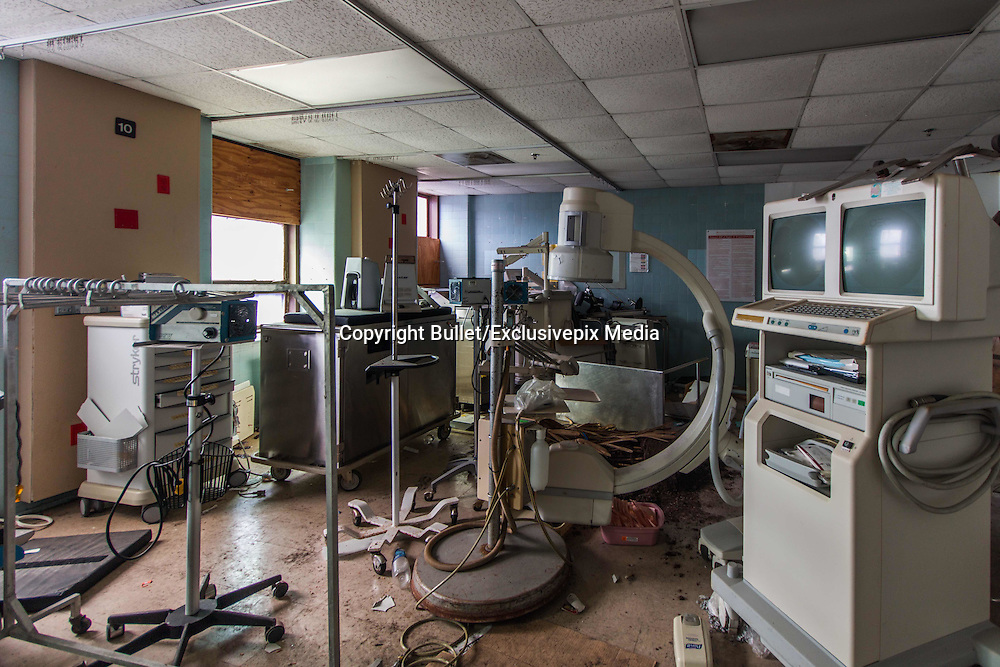