A team of specialists that every year are issued with licenses to catch dolphins/White Whales from the sea and train them, Nilmoguba, a small village on the north of Russia, near the Polar Circle.

This whale (pictured )has been caught at sea, it is trained by specialists not to be afraid of humans for about half a year, and after that he will be transferred to live in circus or aquapark / dolphinaruim

The beluga whale named Petrovich, was caught in late autumn, and four months later he had become accustomed to people and feeding in captivity.

The Centre informed us (in January 2013) than from autumn 2013 they've got 2 licenses to catch whales, and before catching new whales, this dolphin named Petrovich will have new home in Moscow, After that they will get two new whales (younger animals are more preferable, because they are easier adapts with people) and train them. Petrovich, who is 12 years old, they live for about 25-30 years, Petrovich adapted to people very easily, and trainers were really surprised with that fact.

Each dolphin has its own character. Of the hundreds of captured about 1-2 do not surive in captivity and refuse to eat food brought given to them, f they do not adapt, because stressful experiences they die very quickly.

Despite the fact that in nature, they have no natural enemies (only polar bear could, perhaps, be compared with him by force, but in reality they do not interact well at first, you have to learn there trust before you have contact with them ,

Maria a worker at the centre says that she was feeding dolphins until they where fall twice a day, and in winter - three times, while the total number of fish per day did not change, ie Each serving has become a little less.

Petrovic will soon be sent to the Dolphinarium. He will not "participate in the show," but it will not prevent him to make friends with children and adults. 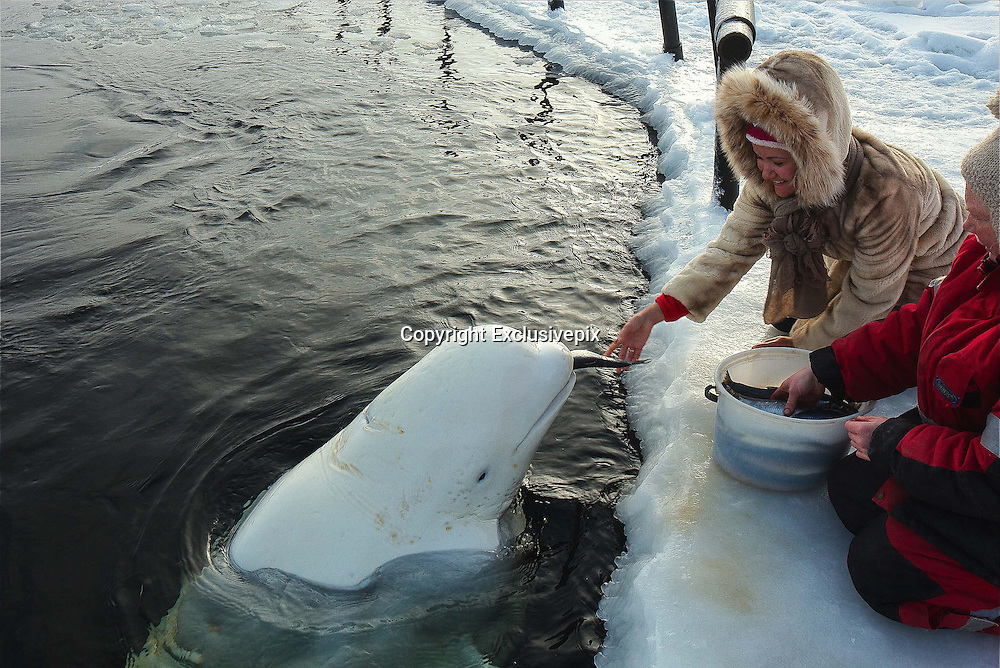