Monte Kali is an unusual landmark in the small town of Heringer in eastern Hesse, Germany. It’s a spoil heap containing nothing but sodium chloride or common table salt, which is a byproduct of potash mining. For over a hundred years, potash mining has been a major industry in the region. It started with the opening of Wintershall potash works, which began mining in 1903, and today is the world’s biggest potash mine with an operational area about the size of Greater Munich’s.

Potash mining produces a mixture of potash and sodium chloride, with potassium content between 20% and 35%. Thus, for every ton of potash recovered, several tons of sodium chloride is produced. This is dumped at several sites around the region. The dumps contain up to 96% sodium chloride.
Monte Kali began growing in 1973, and it’s where the K+S chemical company dumps sodium chloride. The heap rises over 200 meters above the surrounding land, and as of January 2014, covered an area of 93 hectares. It contains as approximately 188 million tonnes of salt, with another 900 tonnes being added every hour and 6.4 million tonnes a year.

Lying next to the border with the state of Thuringia, Monte Kali towers over Heringen and is a popular attraction. Locals refer to it as “Kalimanjaro” — a play of words between Kali (shorthand for Kalisalz, German for "potash") and the famous volcanic peak Mount Kilimanjaro. More than 10,000 visitors climb the artificial mountain every year.

But Monte Kali and other spoil heaps in the region are environmentally destructive. An enormous amount of salt seeps into the ground polluting the soil, rivers and groundwater. The surrounding soil has become virtually barren and only a few halophyte plants resistant to salt can grow there. The Werra river too has become inhospitable to freshwater organisms.
©Exclusivepix Media 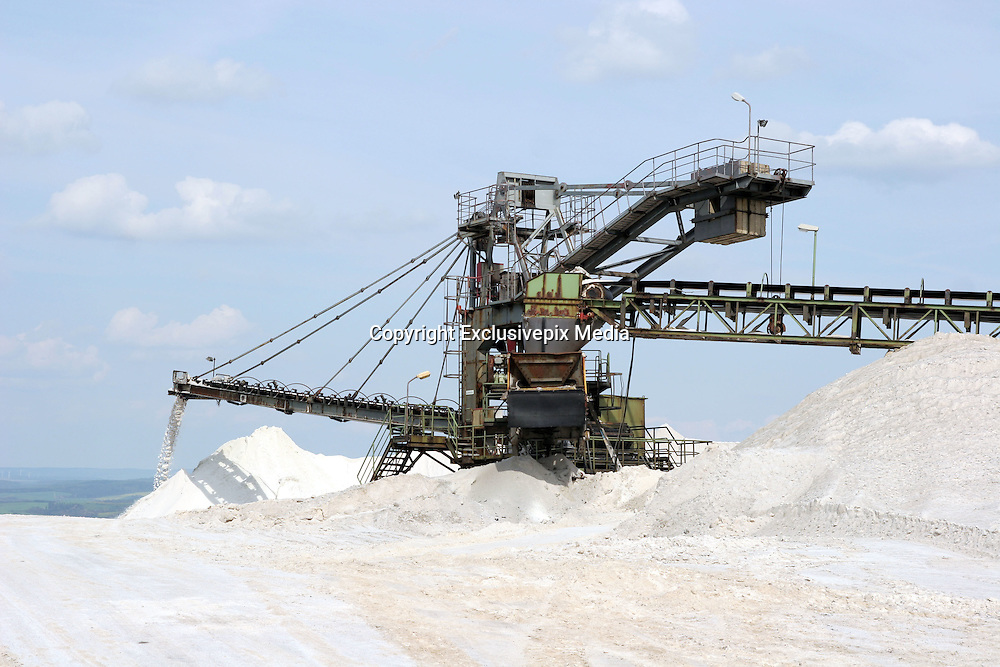