Photo shows: TOSHIKO MIYAZAKI in front of her home at one of temporary housing complexes constructed by the Japanese government. An estimated 250,000 people along the northeastern coast of Japan were forced to live in temporary housing after the tsunami of 2011. The government is now building permanent apartment buildings for those 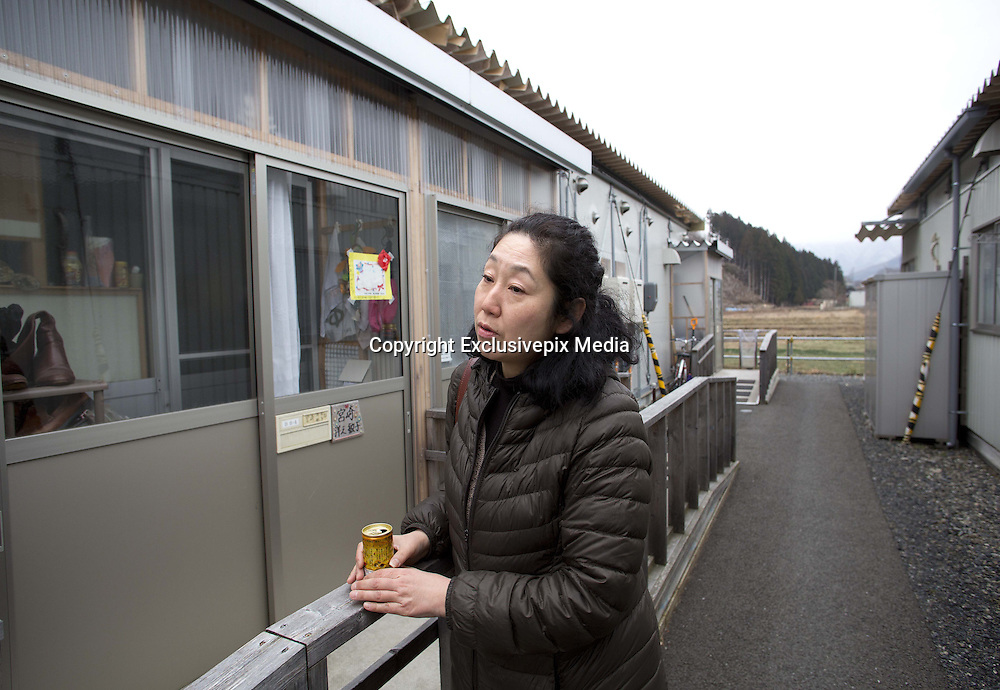