An International Transtar 4300 serves as a temporary home on a side street along the L.A 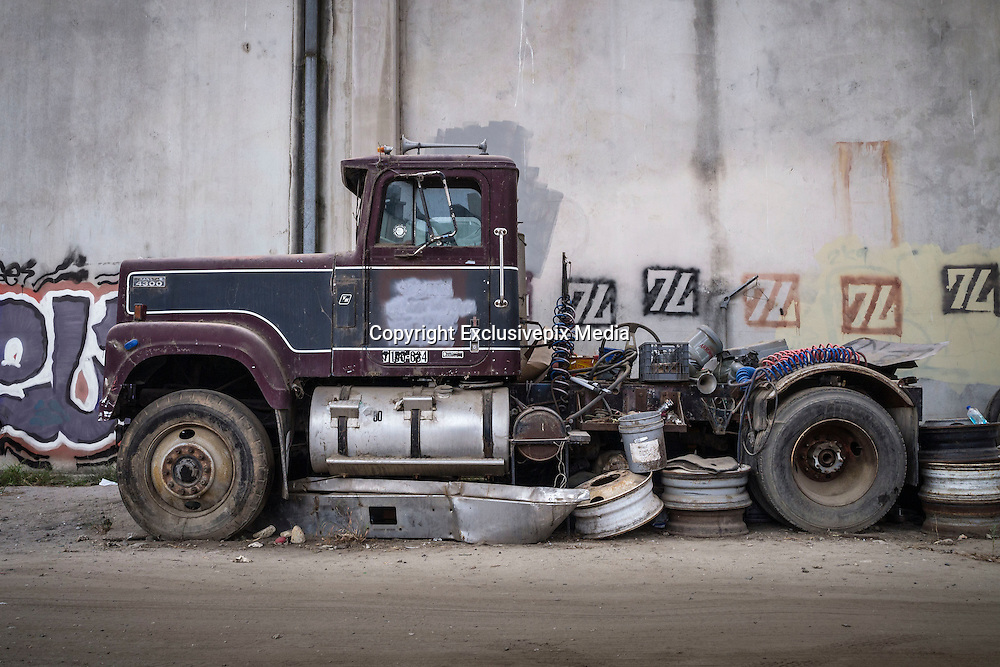