As royal military displays go, it is hardly trooping the colour - and it is unlikely the Queen would approve.
But soldiers and fans of the Armed Forces have taken to the internet to strip off in support of Prince Harry, who has been in hot water after pictures emerged of him in the nude during his infamous Las Vegas holiday.
Almost 12,000 people have joined the Facebook group 'Support Prince Harry with a naked salute!'

While not every member has dared to bare the flesh online, many have chosen to strip off - with some more photogenic than others.

While those lucky enough to have a toned physique manage to pull off a sexy pose, others look like they would benefit with some clever camera trickery. Like keeping their clothes on.
But they are still less shocking than the nude photos that triggered it all last week.
Prince Harry landed in hot water when naked pictures emerged of him on American showbiz site TMZ and swiftly spread across the world.
He had been playing strip billiards in his exclusive suite at the MGM Hotel with a group of people. In one picture he was seen to be completely naked while bear hugging a nude blonde girl. In another he was seen standing in front of a naked girl, using his hands to cover himself.
Questions have been asked about the prince's behaviour, as the world's media pointed its spotlight on Britain's third in line to the throne.
Hopefully this new craze will take the heat off of Harry - or at the very least give him a good chuckle!
©exclusivepix 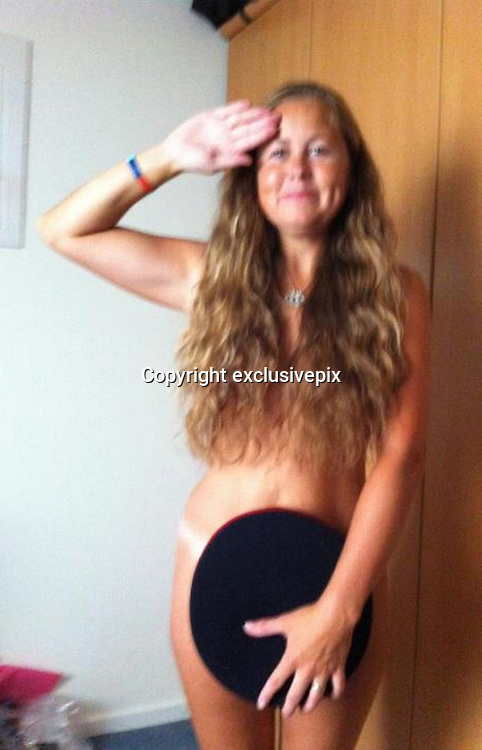