Phuket Island in the south of Thailand has some of the world’s finest beaches but annually in Phuket Town, a festival takes place to which few of those sun-worshippers ever venture - or even are aware of: The Vegetarian Festival.

It is the dawn of the eight day of the ninth lunar month in the Chinese calendar.
A women skewers her face and she appears to feel no pain, neither does she shed any blood. In another part of the same area, a young man, staring blankly into space, as if in a trance, takes a sword and slowly pierces the side of his face. The blade of the sword passes clean through one cheek and exits out of the other side of his mouth - without bleeding.

Yet there is no trickery or magic involved for this is the famous ten-day long Vegetarian Festival. The participants - penitents and devotees called Ma Song - who invite the Spirit of the Gods to possess their bodies in seemingly horrendous acts of self-mutilation are merely participating in the Chinese Song Dao ceremony, the rituals of which stretch back nearly 160 years. These acts of apparent torture are performed in the belief that they will achieve great kudos for the sufferer whilst at the same time freeing them of any spiritual problems; in addition, for the period of the festival, they wear a white loin-cloth and smock, cleanse their bodies by abstaining from sex and alcohol, spend long periods meditating in the town’s two main Chinese temples and eat only vegetarian food that does not contain ‘sharp’ tastes such as garlic or chillies.

The Festival is in honour of the Nine Emperor Gods who control people’s destinies and is thought to have begun during the reign of King Rama V, around the middle of the nineteenth century, when hundreds of Chinese, working in Phuket’s tin mines, began to neglect their rituals for the Gods; at the same time, many died from a malarial plague that also killed off a visiting theatre troupe! Being highly superstiti 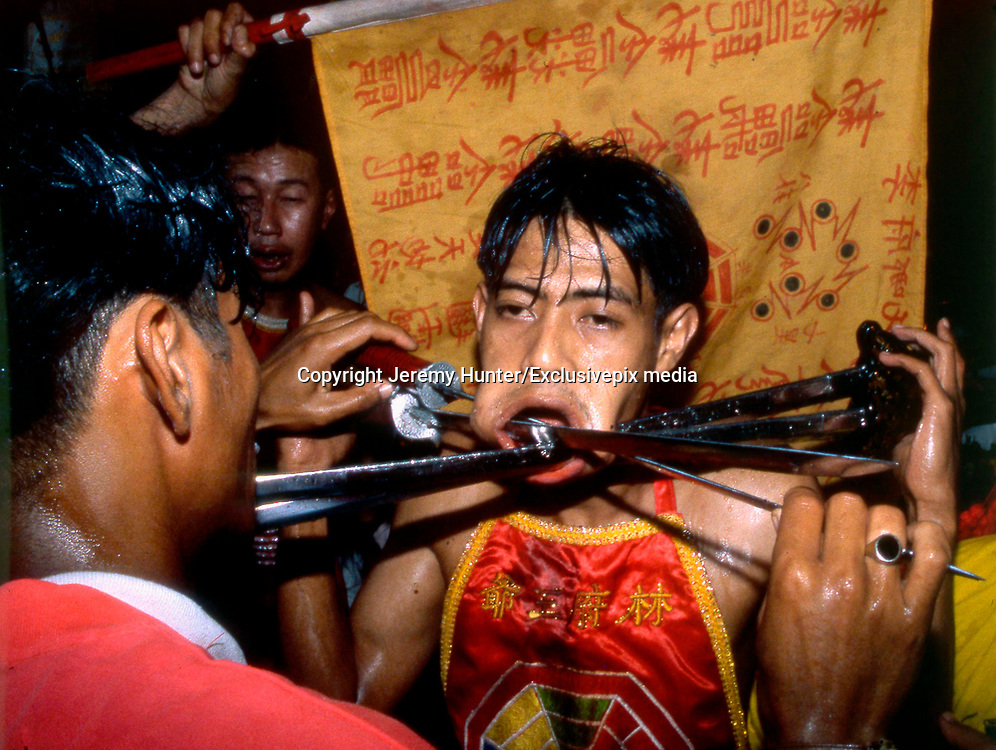