STAG TO-DO
Even a tough nut like a rutting stag can be forced to but out when he comes across the wrong opponent.
So when this rampant stag stood his ground with a bad tempered, one ton bison there was only ever going to be one winner in this head to head.
Wildlife fan Szymon Glodkiewicz - who snapped the astonishing encounter at a zoo park in Ustron, Poland - said: "The bison seemed to feel that the stag had got too close so he warned it off."
"But the stag stood his ground and when he didnít move, the bison charged."
The pair clashed at around 30mph with a combined impact of more than 2, 500 lbs.
"The bison caught his antlers and tossed him into the air like a rag doll and then the stag fled into the trees," explained Szymon.
Keepers later found the stag dead from severe head injuries.
"These animals are both in their rutting and mating seasons and are aggressive and unpredictable. These things happen in the natural world," explained one.
©Exclusivepix 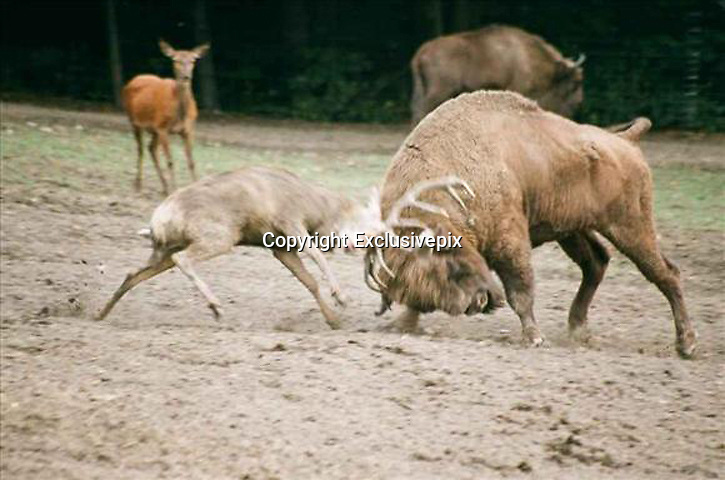