amazing images inside the tiny Island set to win an Oscar

Very few people had ever heard of Vanuatu until very recently. Some have heard of it in reference to being a « tax heaven » such as Luxembourg or Singapore. Others knew of it is an archipelago located in the South Pacific Ocean. To the north-east of Australia, 110 different languages are spoken in Vanuatu.

Then almost instantaneously, Vanuatu became known across the world when hurricane Pam hit. Winds at 340 km/h battered the 83 islands, making headlines around the world. 80 % of the homes, vegetation, and the farms were destroyed. But miraculously, less than 20 people perished.

Scientists attribute the low body count to their unique melanesian culture. The inhabitants of Vanuatu, the « Ni-Vanuatu », have lived on these small islands for centuries and have retained many of their original customs, or « kustom », as they refer to them.

The island which holds culture in highest regard is Ambrym. Setting foot there in 1774, Ambrym owes its name to Captain Cook. Ambrym means « here are yams ».
MORE COPY AVAILABLE
©Eric Lafforgue/Exclusivepix Media 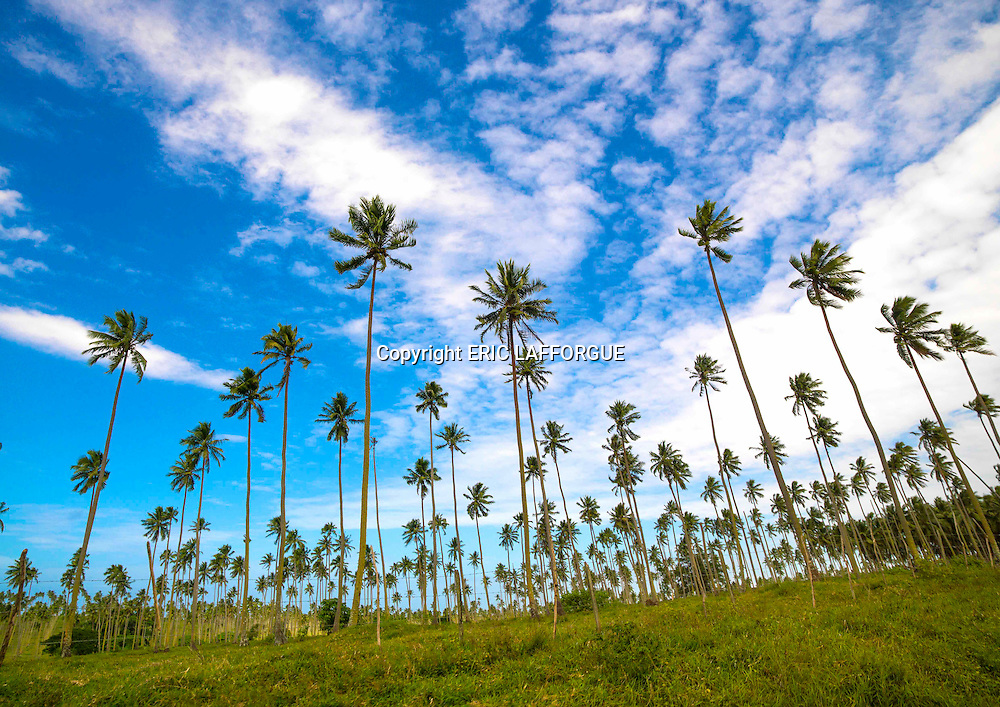