PHOTO SHOWS: It might be one of the less experienced individuals – they fear the shallow water and have to struggle to free themselves in time. So this one lets go the prey and fights to get back to the open water.
©Reinhard Radke Nature Photography/Exclusivpeix Media 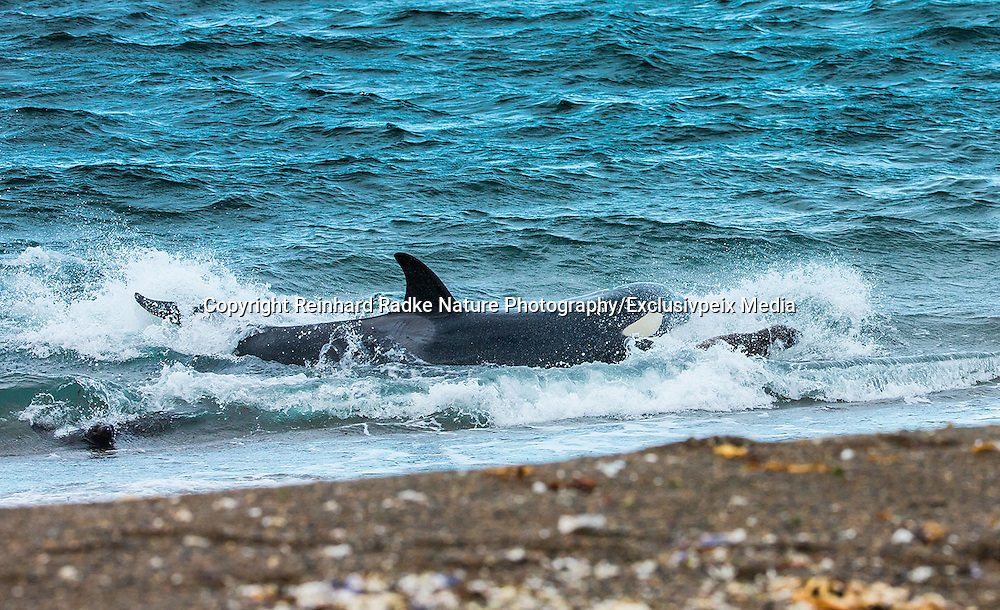