- Mulvane, Kansas, USA - Larry Richardson was so impressed with San Francisco’s Golden Gate Bridge that he built a replica of it in his backyard at his home in Mulvane, Kansas.
“People have said: Are you crazy? But, hey, how many people can say they’ve got a replica of the Golden Gate Bridge in their backyard. I don’t know of anyone else in America who’s got one,” the 63 year old retired mailman
Unlike the real bridge, which is 8,981 feet long and 692 feet high, Larry’s bridge is 150 feet long, 25 feet high and 8 feet wide, and his is made of wood – not steel.
But, it’s still so impressive that he gets lots of visitors who flock to his home to marvel at it. “They get a kick out of it. They really enjoy it,” he said.
Larry’s had a life long fascination with the Golden Gate Bridge. “I really love that bridge. There’s just something about it. Some people admire mountains. I’ve always been fascinated with that bridge. It really is a magnificent structure,” he said.
So when Larry decided he wanted to build a bridge over a creek on the 5 acres of land he owns, he thought: Why not build a replica of the Golden Gate bridge he so loves.
“I could have built a simple foot bridge. But, anyone can build a foot bridge. I thought: Why not build one bigger, something special like the Golden Gate Bridge? I thought it’d be a challenge,” he explained.
Larry has no engineering training. But, he grew up on a farm. “If you grow up on a farm, you learn how to fix things. So I figured I could do it,” he said.
Instead of architectural drawings, Larry used a postcard of the Golden Gate Bridge to see what he needed to do. "Yes, that's all I had to go on - a postcard," he said.
He started building his bridge in 1994 and with the help of his late father Norman and brother Lee. They had it finished by 2001. The 3 of them often worked 20 to 30 hours a week 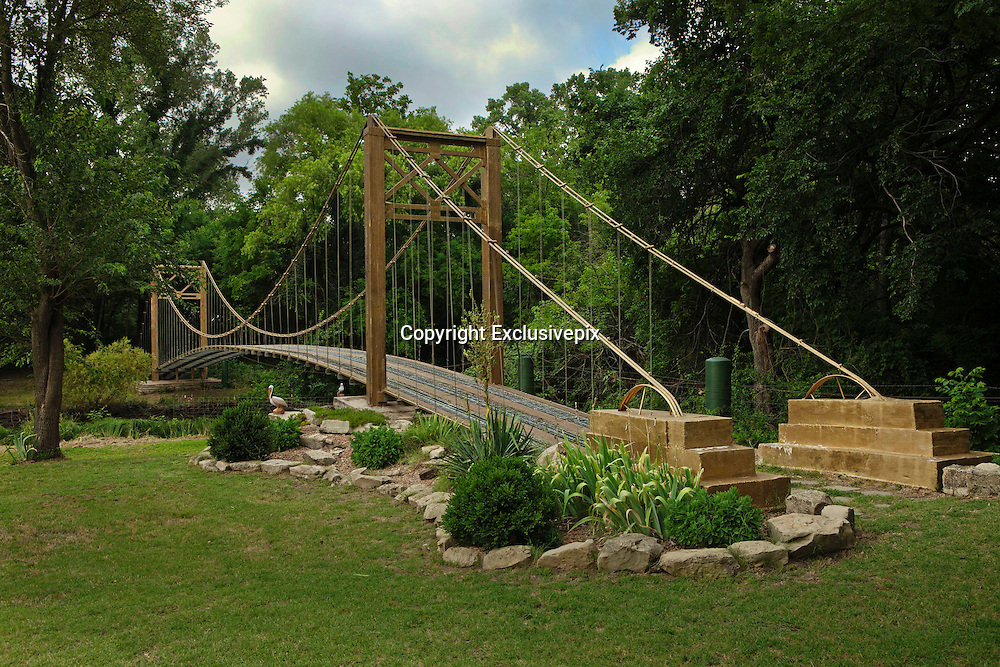